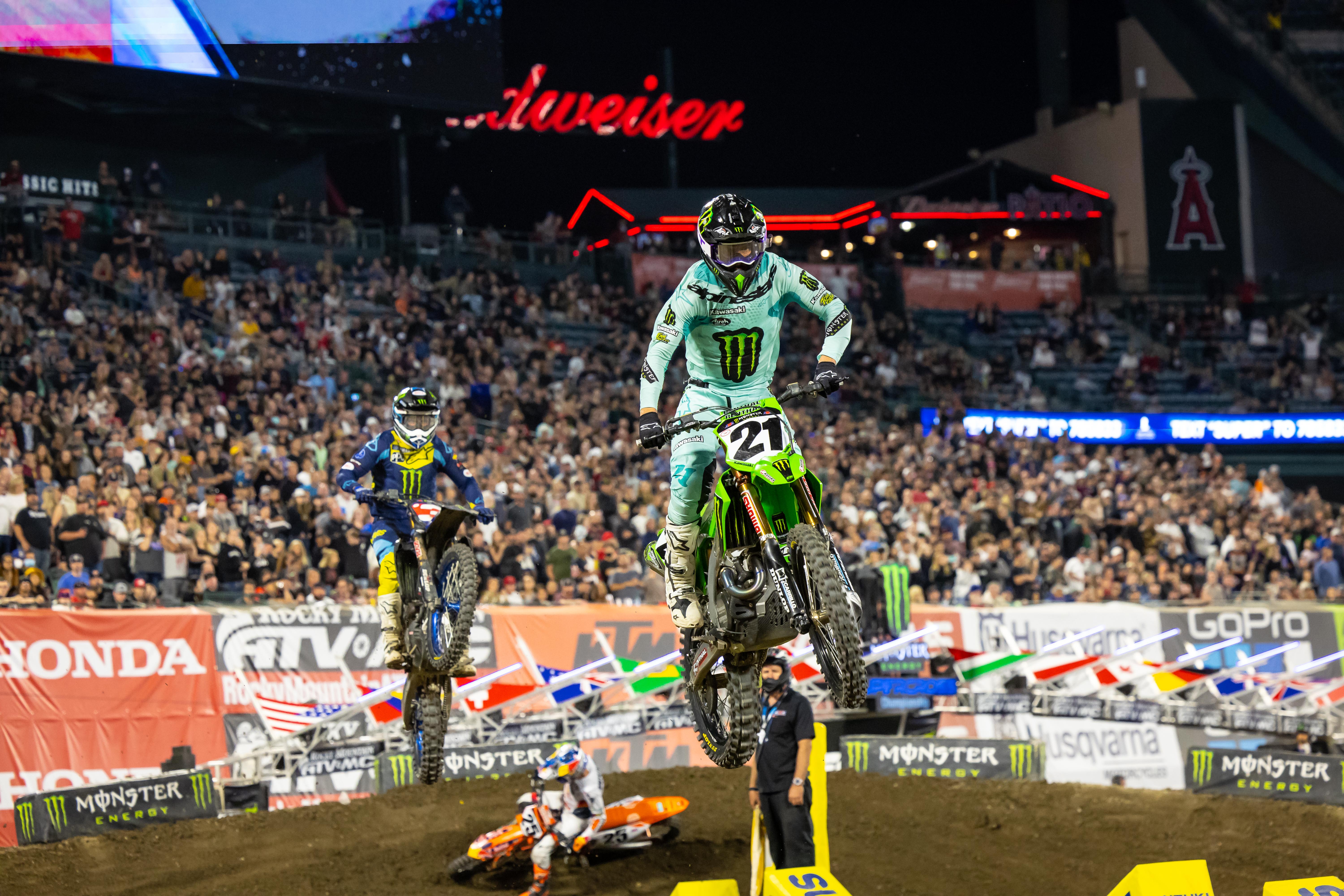 Jason Anderson launched out of the gate and grabbed the holeshot in the 450SX Class Main Event with Eli Tomac right behind and holding tight. Red Bull KTM’s Marvin Musquin pushed into third and kept the top two riders in sight as Tomac hounded Anderson. The two up front were rarely more than a second apart. Just two and a half minutes into the 20-minute plus one lap race Tomac jumped into the lead, but Anderson retaliated immediately in the next corner and took it right back. A couple laps later Tomac bobbled in the whoops, which had claimed many riders earlier in the night. Tomac stayed on two wheels, but the mistake allowed Anderson some breathing room. From there the Kawasaki rider rode his own race to the checkers.

Round 1 winner Team Honda HRC’s Ken Roczen was pushed wide in the first corner. He tangled with a Tuffblox and emerged from the turn in last place. He moved through the pack on slick track but was only able to reach eleventh place by the end. 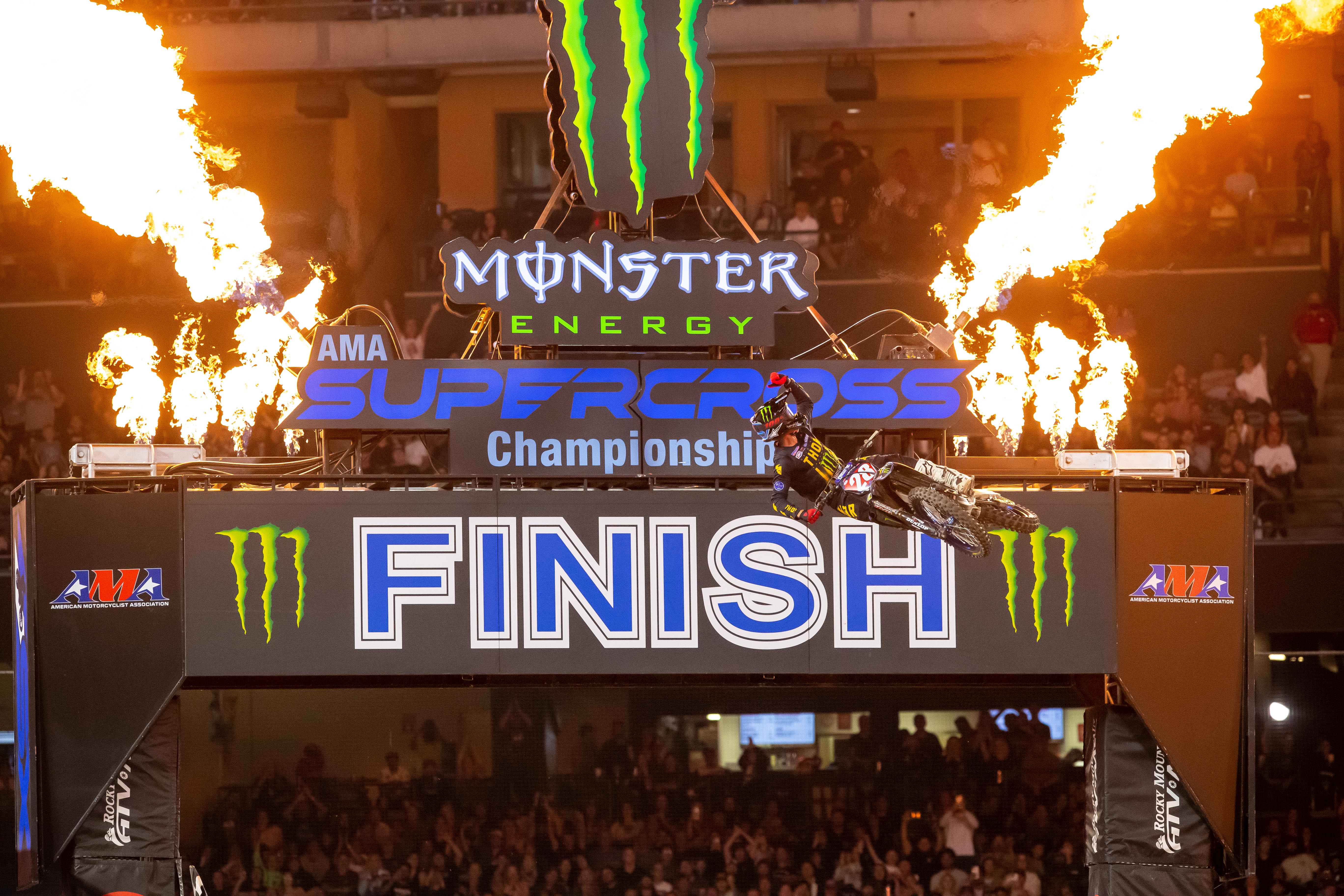 The Western Regional 250SX Class Main Event started wild. Three riders exited the second corner shoulder-to-shoulder and charged into the slippery whoops. Craig won that sprint and emerged in the lead with Team Honda HRC’s Hunter Lawrence right behind. Smartop Bullfrog Spas MotoConcepts Honda’s Vince Friese was behind him, and Troy Lee Designs Red Bull GASGAS Factory Racing’s Michael Mosiman sat in fourth. One corner later, Mosiman went off the track in the sand section and dropped back well outside the top ten.

It was soon down to a two rider battle as Craig and Lawrence distanced themselves from the pack while the whoops claimed several top riders behind them. Then six minutes into the 15-minute plus one lap race the whoops reached up and grabbed Lawrence. The crash took him out of the race and Craig rode unchallenged to the end. Behind him, Mosiman recovered up to second only to have his own crash in the whoops, ultimately handing the second place position to Friese. Mosiman remounted to earn the final spot on the podium.

Craig now holds a 28-point lead with a five week break ahead and only four rounds remaining in the regional championship, including two Dave Coombs Sr. East/West Showdown rounds that will complicate matters with riders from each region vying for the same night’s points payout.

The 17-round Monster Energy Supercross series lines the racers up next on February 19th inside U.S. Bank Stadium in Minneapolis, Minnesota. The race kicks off the first round of the Eastern Regional 250SX Class Championship. For more information on the race schedule,

ticket purchasing, and airtimes of every round on Peacock, NBC, CNBC, and USA Network visit SupercrossLIVE.com. 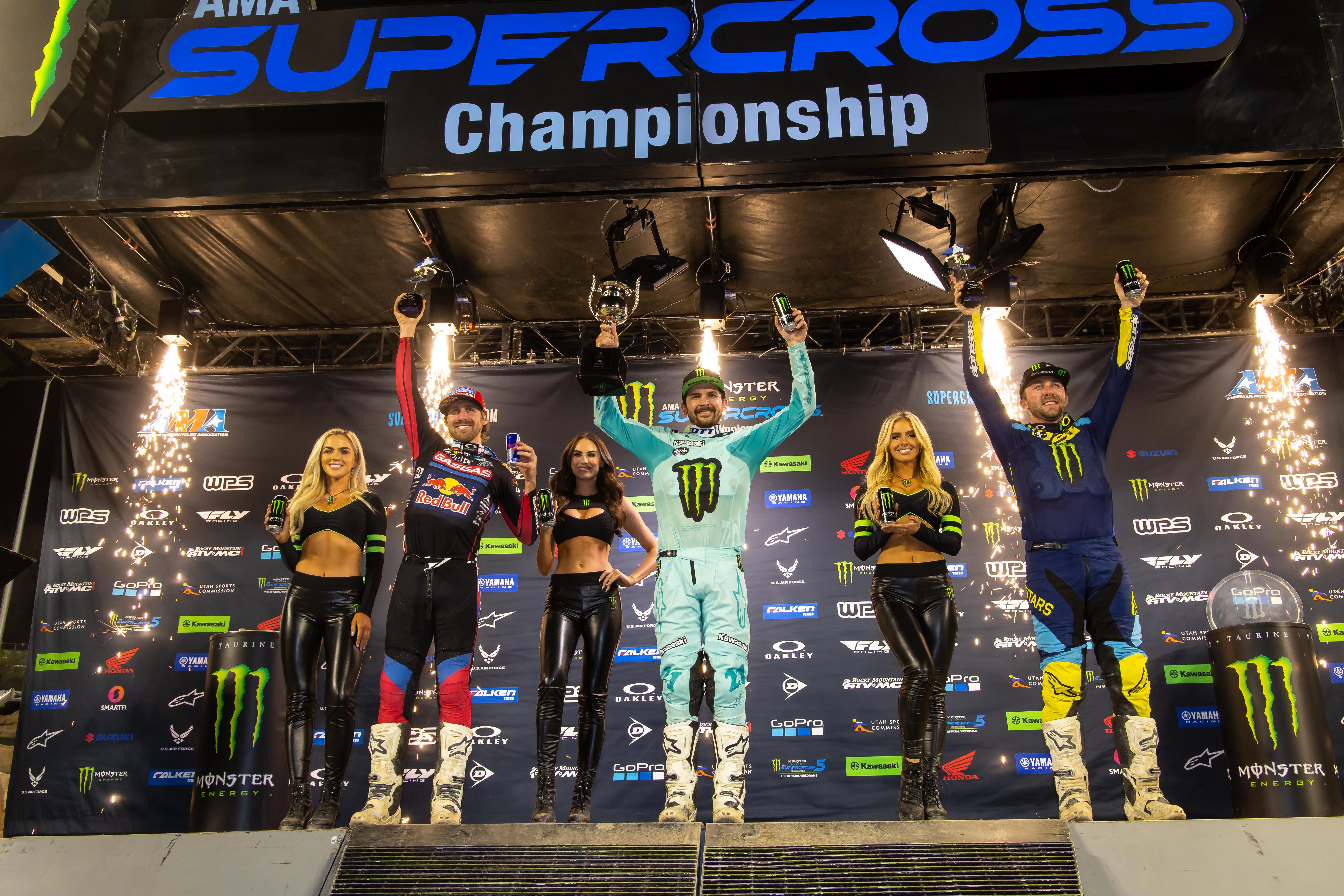 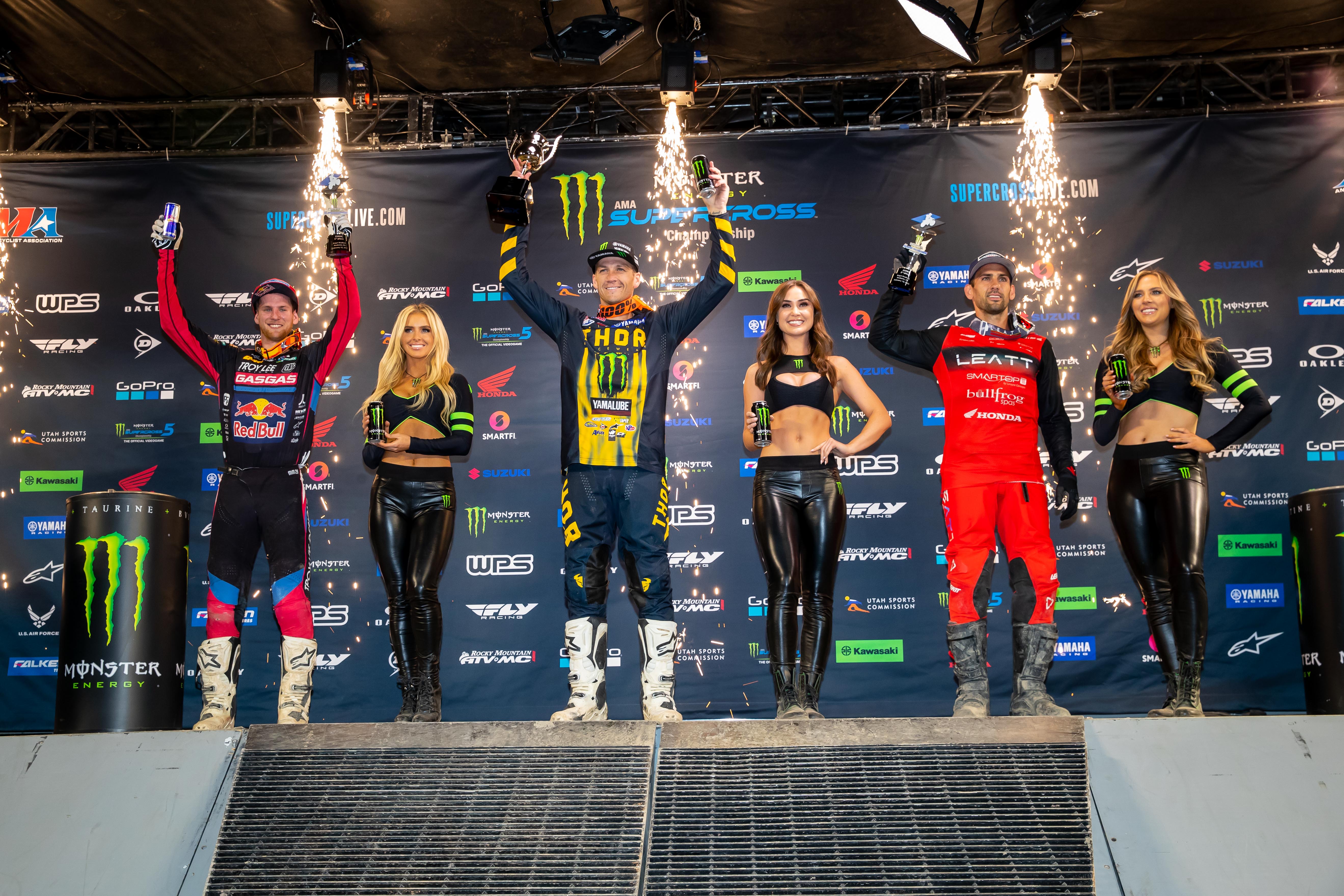